The Health Benefits of Coffee 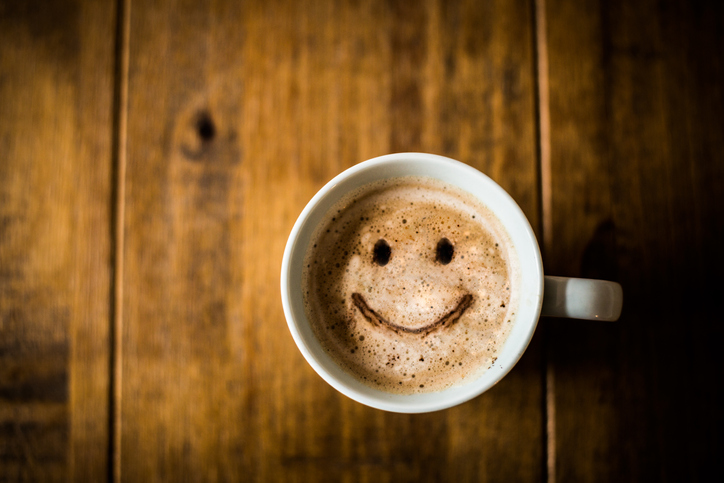 25 Nov The Health Benefits of Coffee

Posted at 22:31h in Coffee by kaffeina 0 Comments
0 Likes

What A Good Cup of Coffee Can Do For You

A world without coffee is a world deprived of bountiful health benefits; packed away in each brew of java are a plethora of beneficial health perks that many of us aren’t too aware of. Unintentionally, with each morning cup of coffee, we’re bolstering our constitution and effectively driving biological processes. While it’s easy to figure that coffee gives us a much-needed pick-me-up in the mornings often necessary to make it through our day, it’d be a disservice to solely think of coffee as a one-trick pony.

Kaffeina coffee stands firmly behind not only the quality of the coffee we offer but that our coffee can genuinely help others. It’s our pleasure knowing that we’re not only bringing happiness to each of our patrons but, in a way, helping them live more healthily-fortified lives. It’s in our customers’ interest to be receiving a product that helps them and is in our interest to confidently and reliably be there for them. Outlined below are some of the health benefits of coffee that science has looked into that we believe will inspire greater confidence that starting your day with Kaffeina is the way to go. From the improvement of mood to coffee as a preventative measure against illnesses, there’s a lot to discover about coffee.

Coffee Breathes Life into Our Day

It probably goes without saying, but coffee is well-known and regarded as not only one of the most prolific beverages worldwide but the main staple for energy. Packed in each coffee bean is the natural stimulant known as caffeine; it only takes eight intact coffee beans to produce the equivalent amount of caffeine found in one cup of java.

In coffee form, caffeine becomes easily absorbable as its readily taken into the bloodstream. From there, it quickly is transported as a solvent in the blood, reaching the brain. Caffeine then binds to neuronal receptors, activating the energizing effects we all know and love; this is accomplished by blocking the neuronal inhibitor adenosine, which increases the available amounts of norepinephrine and dopamine. In layman’s terms, this leads to greater neuronal firing in the brain, which has been tied to, in various studies, improved brain function.

In nearly all commercial-grade weight loss supplements, caffeine has been found to be a primary ingredient. And for a good reason — it’s one of the few proven natural substances that actually achieve fat-burning effects.

Our metabolism describes a series of life-sustaining chemical reactions pertinent to our survival. The body is a complex series of biochemical processes that govern how we breathe, move, think, etc. What drives these cellular processes is a steady flow of energy that is metabolized from the food and beverages we drink. Coffee has been shown to increase the metabolic rate by 3 – 11%, which correlates to weight loss since the body uses up more energy instead of storing it as fat.

Lastly, across people of varying BMIs, caffeine has been shown to facilitate 10% to 29% more fat burning.

On top of caffeine stimulating the nervous system and promoting fat cells to break apart, caffeine also increases the amount of epinephrine (adrenaline) in the blood. This increased amount of epinephrine, a hormone linked to the fight-or-flight response, primes the body for physical exertion.

Studies have examined the enhanced performative effects caffeine has on athletes and found an 11 – 12% increase, on average, towards physical performance.

On average, people consume about two cups of coffee a day; this significantly adds up given the amounts of essential nutrients and antioxidants found in coffee beans. While many nutrients diminish from harvest time to processing, roasting, and brewing, some nutrients still actively remain to the very end.

From brewing a cup of these coffee beans, five important vitamins can be found: vitamin B2, vitamin B3, vitamin B5, and manganese and potassium. Furthermore, studies have shown that many Western people receive more antioxidants from coffee than from fruits and veggies combined.

So aside from water, coffee is one of the most healthy natural beverages.

Can Help Combat Against Mental Illness

Depression is a prevalent issue, with about 5 percent of people reporting symptoms that qualify for the criteria of clinical depression. From lethargy, apathy, hopelessness, irritability, restlessness, etc. coffee has been shown in a Harvard study to lower depression by 20%.

In another study with over 200,000 participants, those who drank 4 cups of coffee a day were 53% less likely to harm themselves.

Can Lower the Risk of Certain Cancers

Coffee is known to stimulate receptors in the gastrointestinal system, which causes contractions in the stomach and colon. It’s for this reason why coffee is known for its laxative effects; therefore, it’s not farfetched that coffee protects against colorectal cancer. Colorectal cancer is the 4th leading cause of death in the world.

While no means an exhaustive list of the plethora of health benefits observed from regular coffee drinking, it’s undeniable that coffee is truly a beneficial beverage. From its ability to energize us, to power biological process, and act as a preventative measure against illness, Kaffeina coffee is more than just a delicious brew; it’s a way to not only empower your day but to empower your wellbeing. As always, life’s too short to drink bad coffee, so drink Kaffeina (it may even just save you).

Sorry, the comment form is closed at this time.